A function is simply a section of code that can be called multiple times and from multiple locations. We have already used a number of built-in functions that are part of the Python language such as: float(), int(), lower(), str(), upper(). In this chapter we begin to work with functions that we write ourselves (a.k.a. programmer-defined functions).

Functions have the following attributes. These attributes are demonstrated in the two code examples below.

Here's the first of two code examples in this chapter. As always, be sure to code the example and work with variations of your own to ensure understanding of the concepts covered.

By the way, both code examples contain lines like that shown in the code from line 151 to 160. This is an example of boilerplate code which means code that is copied 'as is' for use in other programs. The purpose of the if statement is to determine if the file containing this code (functions_0.py) is being run as the main program. If it is being run as the main program the module attribute '__name__' will be set to 'main'. If that is the case, the 'main()' function will be called and the program will process beginning with the main() function. If the file is not running as the main program, it is being imported as a module in which case the functions in the file will be called later by the program that imported this file. We will cover more about importing modules at the end of the File I/O chapter.

Here's the output of functions_0.py. 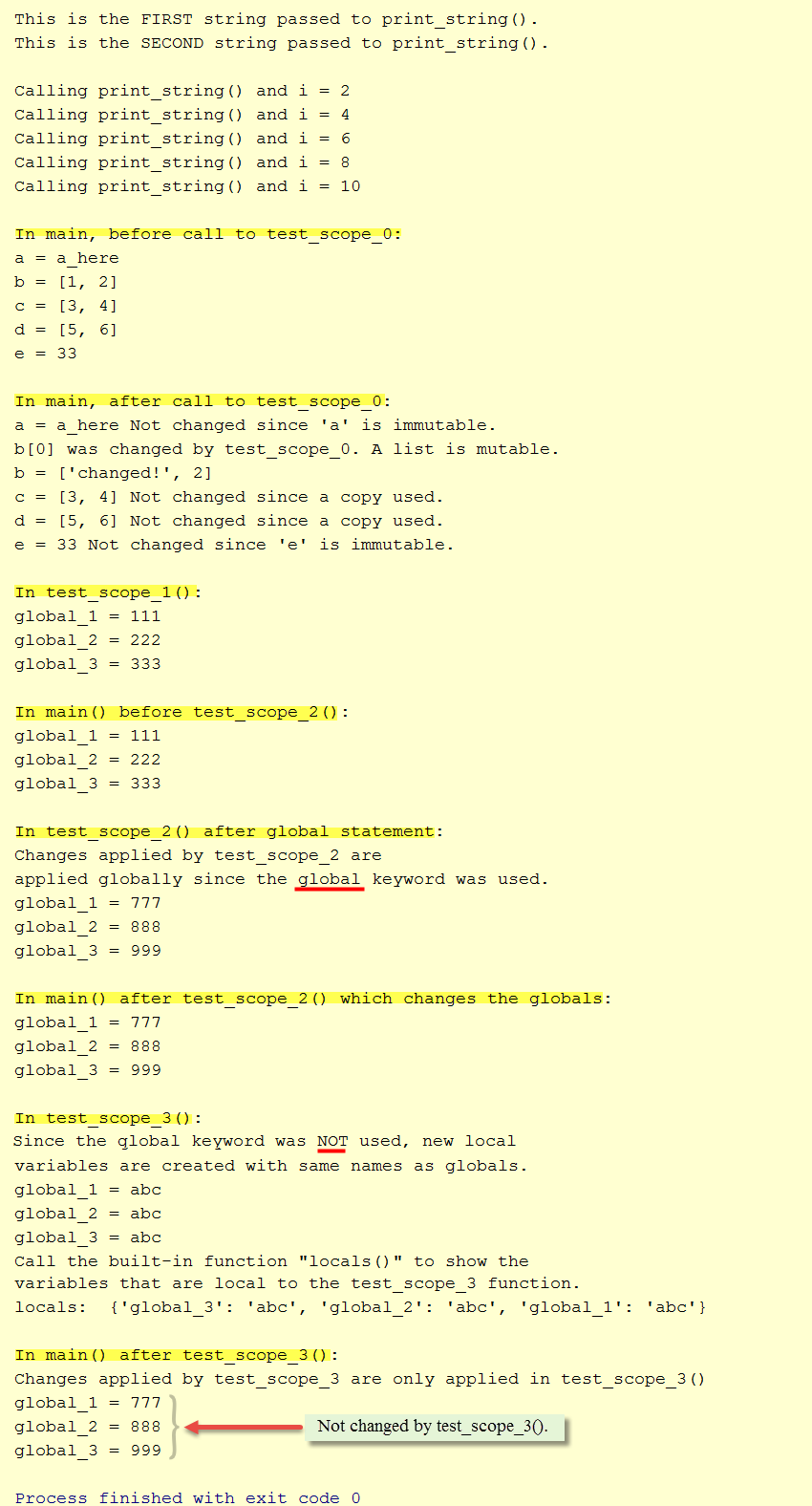 Here's the code for the second set of function examples.

Here's the output of functions_1.py

Function Examples for Programs 06 and 07

This sample code should be helpful for Programs 06 and 07. 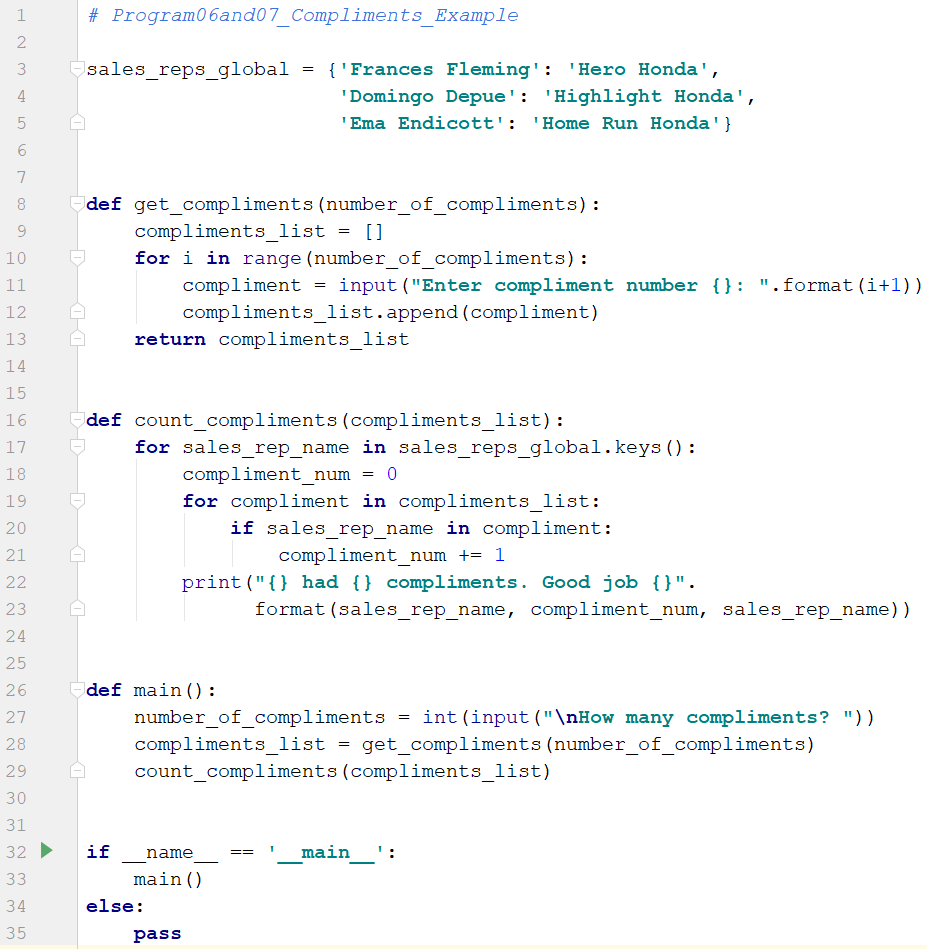 Here's the output of the sample code.

Functions can be included in flowcharts in a variety of ways. For an introductory course, it is fine if you simply include the flowchart symbols within the normal flow as though there was not a function call. However, to more accurately represent the function as an integral part of the program, it can be placed in a separate box as shown in the example below. 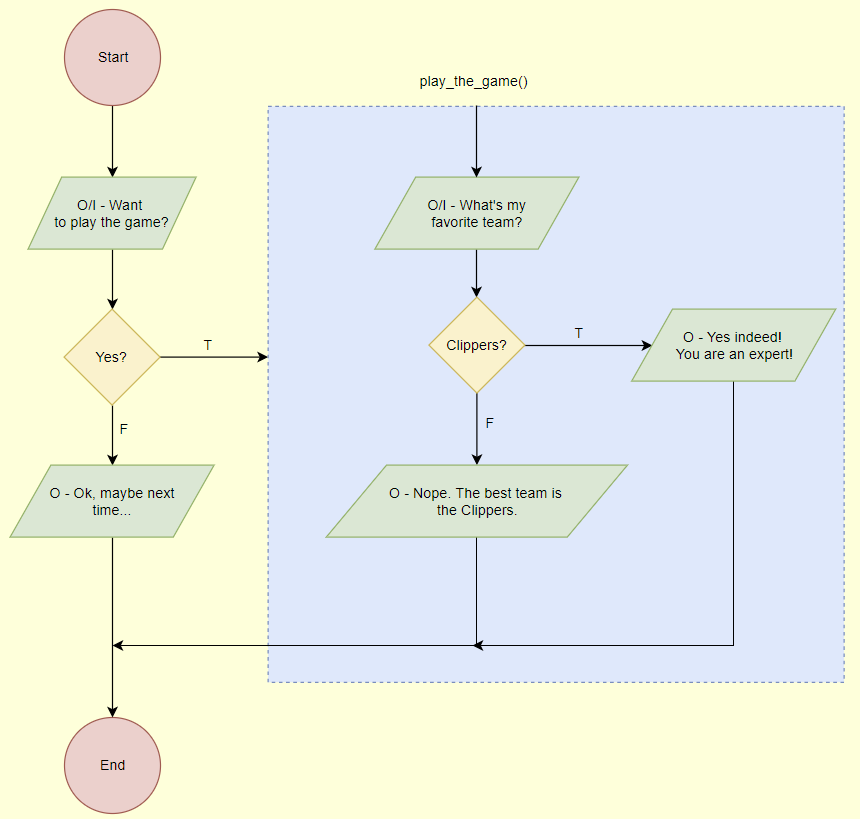 Here's the code for the flowchart example. 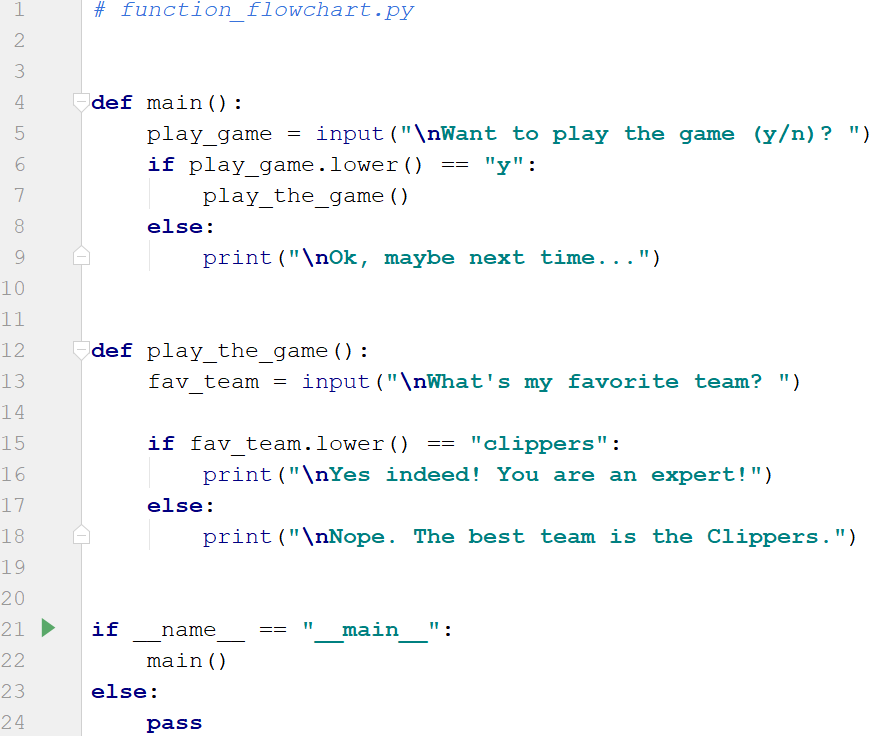 Here's the output of function_flowchart.py