The tabs above contain all of the content required to complete the program assignments for ITSE 1359 unless otherwise specified in the assignment requirements. Given the abundance of valuable content available online, students are encouraged to also access the alternatives at the Resources tab.

Thus far in the course all of the storage we have used has been temporary. Data stored in variables is stored in RAM (random access memory). RAM used by a program is released back to the operating system when the program terminates and all data stored there is lost. Data in RAM is volatile - which means it is lost when the program ends. In this chapter we begin working with files. Data stored in files is persistent. That is, data in files remains viable, or accessible, even after the program has terminated. The original program, or another program, can access data stored in a file days, months, or years after it was created.

The following are some of the most relevant attributes about file I/O.

The table below contains the access modes that can be supplied as the second argument to the open() method.

Methods from the 'os' (operating system) module can be used to work with directories. Include the 'import os' statement to use these methods.

In the code example below, a few of the file methods are demonstrated. 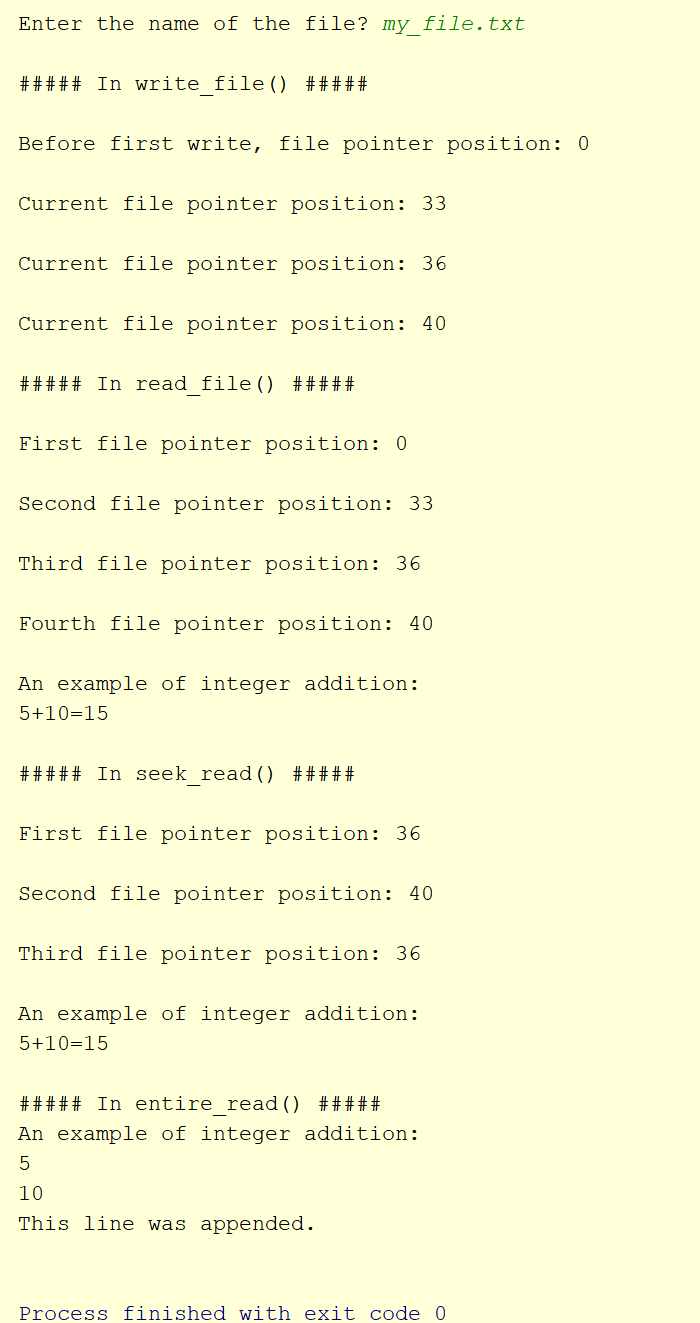 Modules enable programmers to segment their code into smaller, more manageable pieces and to more easily reuse those code sections across multiple programs. This ability to 'modularize' code means that modules can be written once and reused many times.

The following are some of the most commonly relevant attributes of modules.

The code example below demonstrates importing modules named bob, jayjay, and phineas. The file friends.py is the primary file and is the file that will be run with the __name__ == __main__. Remember, the name __main__ is assigned by python to the file being run from the command line or being run from within PyCharm.

Notice that three variations of imports are shown. The module bob is assigned an alias the_builder which is used on line 18. All of the module jayjay is imported. Only catch_perry() is imported from the phineas module. 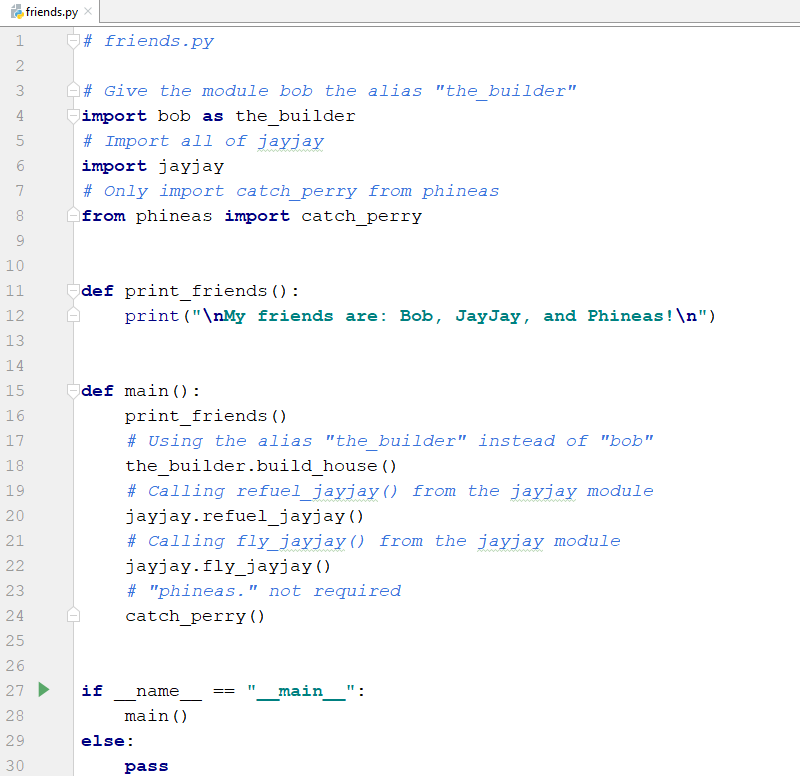 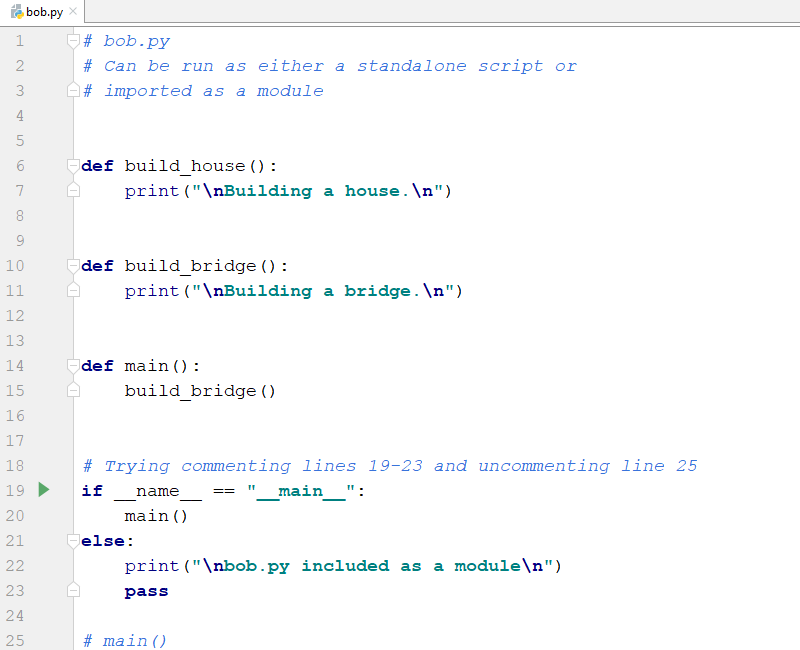 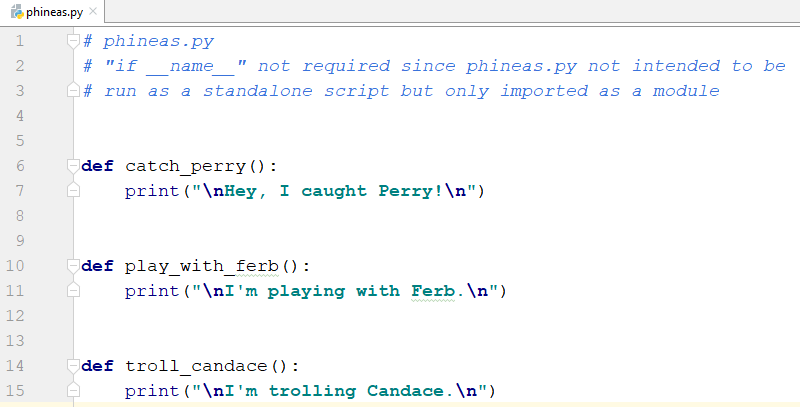 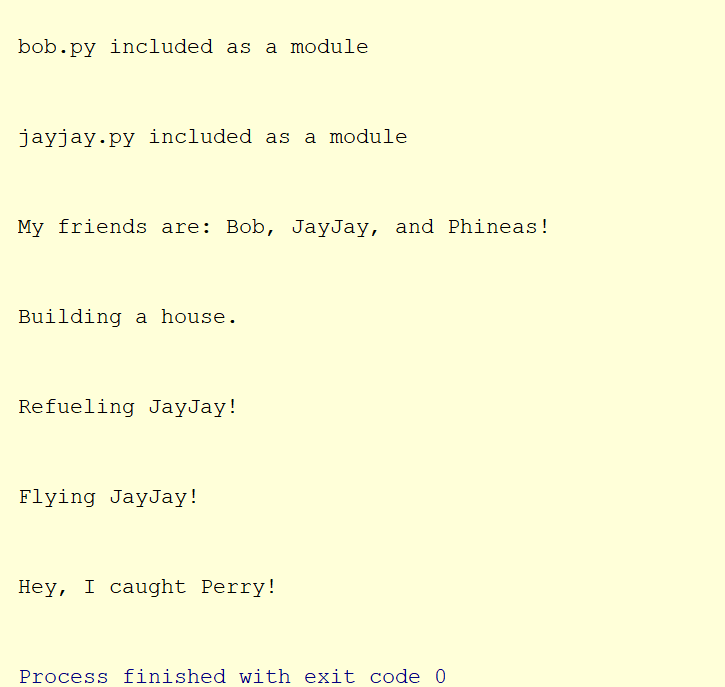 For more practice with importing modules, see this extensive example.