In a previous chapter we covered the theoretical aspects of OOP (object oriented programming). In this chapter we consider the practical topics of classes and objects which are the fundamental components of OOP.

A class is often, and probably best, described as a blueprint for building objects. Classes contain the details of the functionality and data of the objects that will be created based on the class. Consider the blueprint of a building. That document specifies all of the necessary details required for constructing the building. However, the blueprint is not the actual building and the building does not exist until it is constructed. Just as the class can be considered a blueprint, an object is the result of building using the specifications outlined by the class. Study the attributes and code below together to obtain a better understanding of the OOP concepts. If you are new to OOP don't be surprised by the bit of time and effort required to develop proficiency with the concepts.

Attributes of Classes and Objects

Classes and objects have the following attributes

In the first code example, three objects are instantiated from the Employee class. This example includes code for class-level variables, instance variables, and member methods.

By the way, the symbol

adjacent to methods means the method is being overridden by a method of the same name in a subclass. Method overriding can be observed in the __init__ methods. 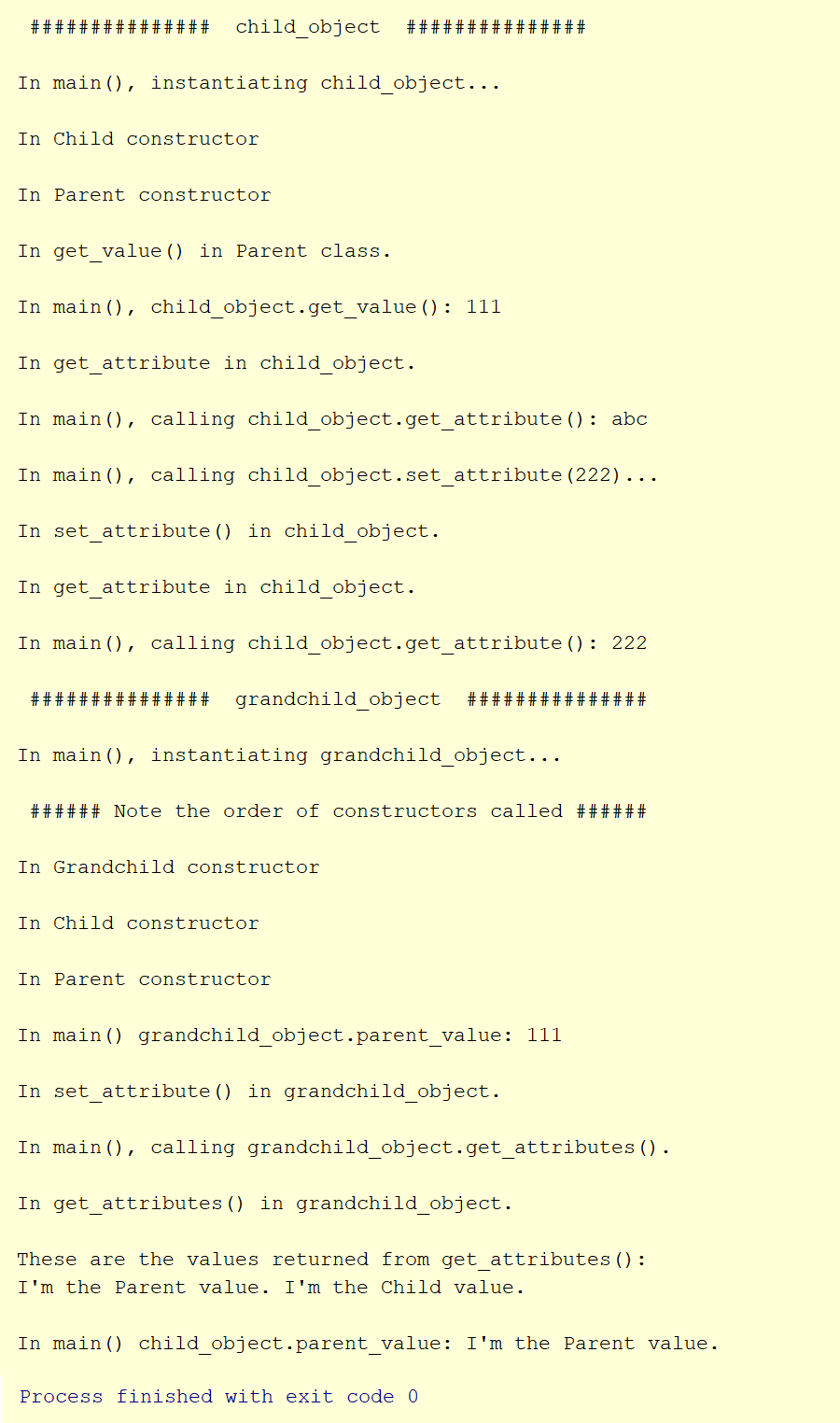 In the next code example, the concepts of instance, class, and static methods are demonstrated. 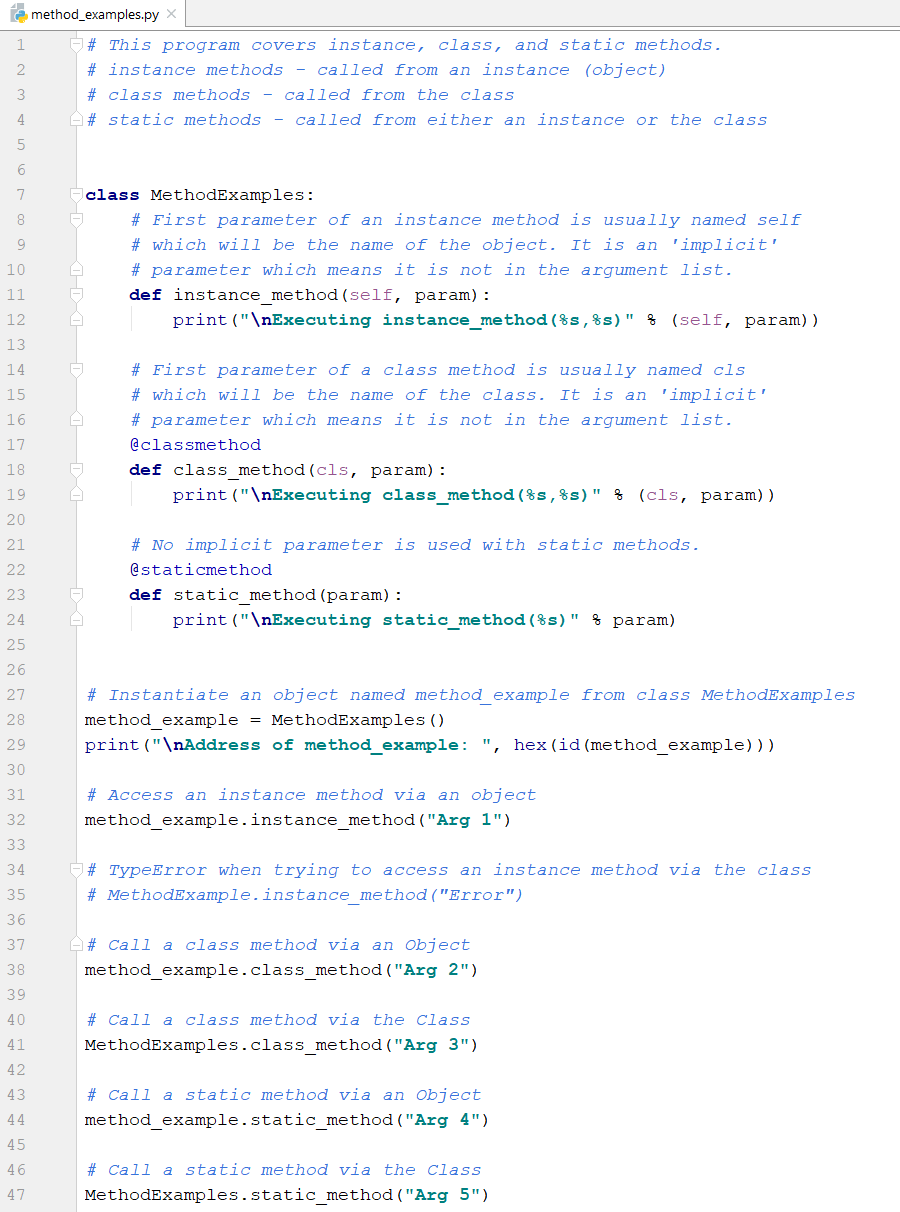 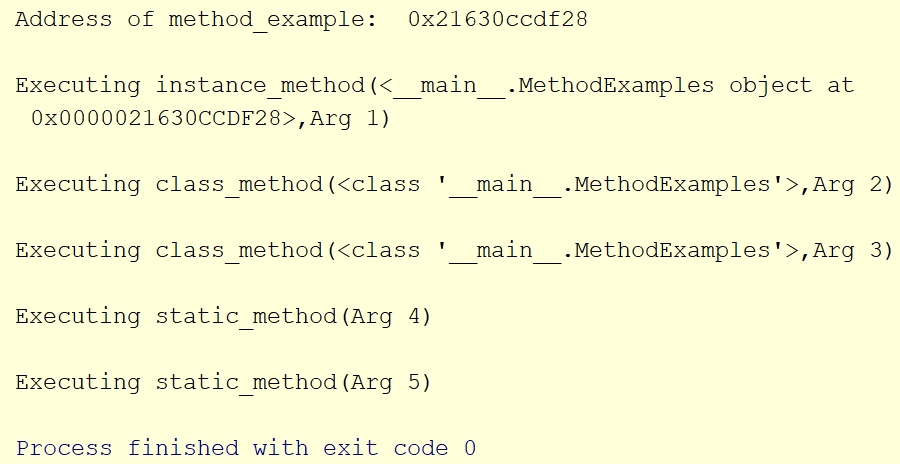