In this course, we will cover the most commonly used Python data types as outlined in the Python Language Reference. The following four general data types are discussed in the course and, unless otherwise stated, will be used in examples: Numbers (Integer, Boolean, Real, Complex), Sequences (Immutable - String, Tuple, Bytes; Mutable - Lists, Byte Arrays), Mappings (Dictionary), and Sets.

Sequences - the Python Language Reference describes sequences as finite, ordered, and indexed by non-negative numbers. This means the collections (or groups of items) are placed in order (one after another but not necessarily sorted). Each item can be accessed by an index number. Items are also known as elements. Since sequences are ordered, the contents of all sequences can be accessed with index values (a.k.a the 'ith item') via [i]. Furthermore, it is very common to use iteration and iterate over the [i] when working with sequences. Sequences come in two categories: immutable and mutable. Both types are considered below.

Note: square brackets [] have at least three meanings thus far in the course. [] are used to:

Immutable - sequences that cannot be changed after creation. These include strings, tuples, and bytes. 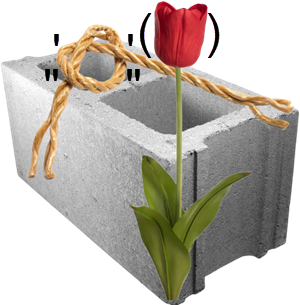 The operations in the table below are supported by most sequence types (both mutable and immutable).

In the code example below, tuples are created and used to demonstrate the operations in the table above. It should be noted that the same operations can be performed with strings. 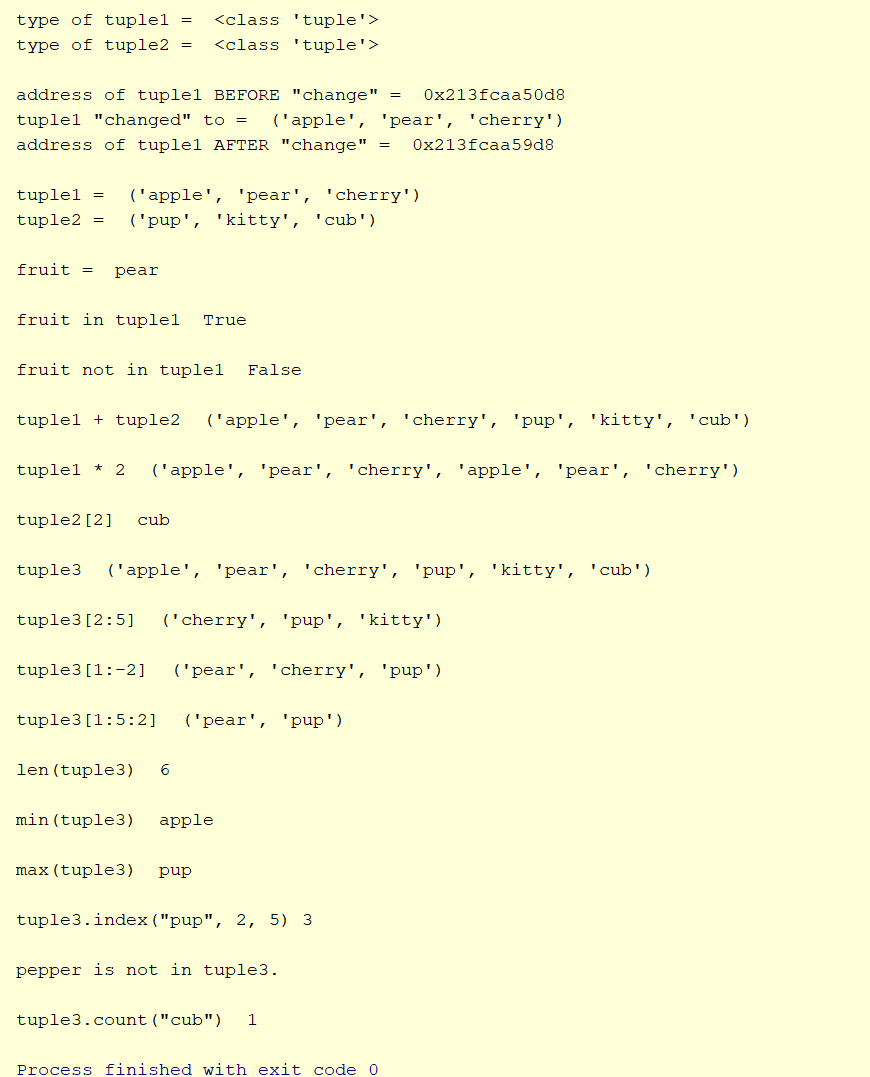 In addition to the operations common to all sequences listed in the table above and applied to tuples in the code listing, the string sequence type offers more options. Some of the string specific operations are shown in the following table and in the code example.

The strings operations in the table are shown in the following code example. 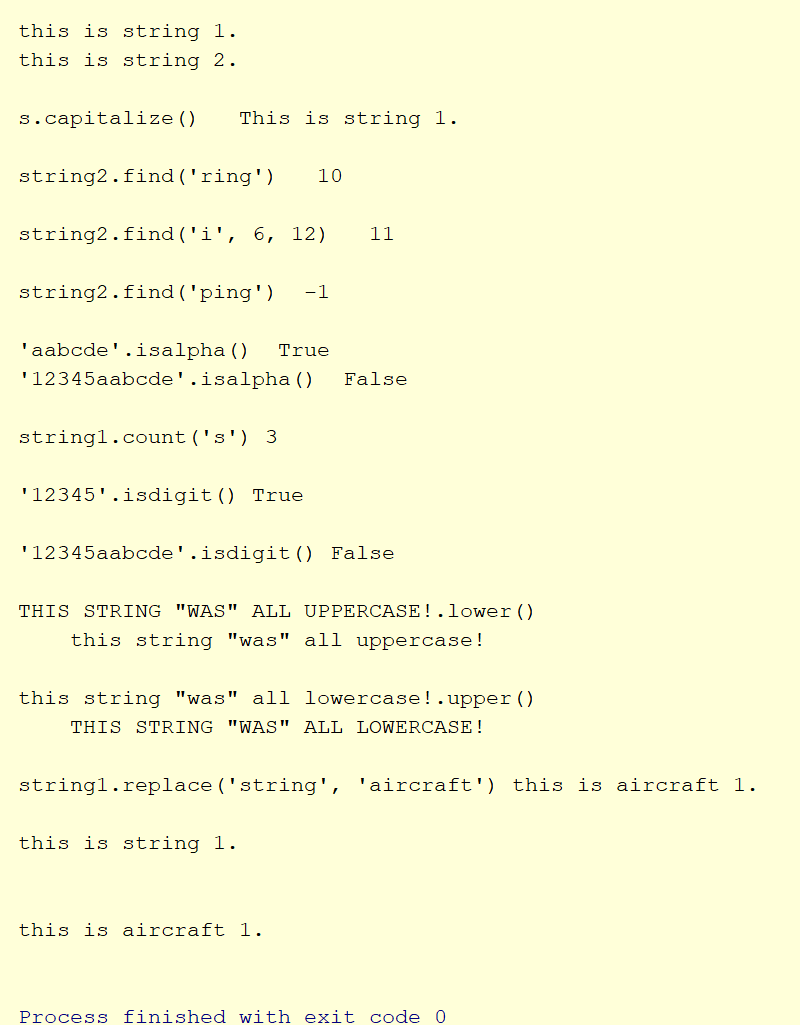 Mutable - sequences that can be changed after creation. 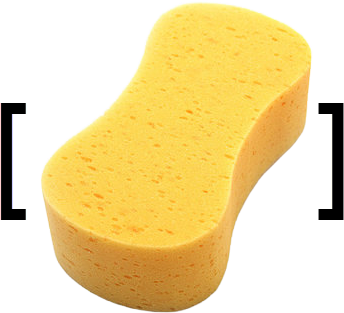 In the code example below, lists are created and used to demonstrate the operations in the table above. s.copy() is covered more thoroughly in the chapter Copy Operations. Students are encouraged to extensively experiment with sequence operations using strings, tuples, and lists.

Note: Slicing in Python, particularly with mutable sequences, can produce interesting and at times unexpected behavior. For instance, when attempting to slice with an irrelevant range such as s[7:3], Python does not produce an error (or throw an exception). Rather, in this case, Python (at least CPython) will insert at position 7 with no replacement. This is likely 'undefined' behavior and should not be trusted in current or future versions or in different implementations. For more on slicing see the Python Language Reference and the Python Tutorial and search 'slice' at the links.